A bipod is an essential weapon component most commonly used in long firearms or heavy. For instance, it is used with sniper rifles or machine guns to support the weapon and improve the attack. The bipod enables the shooter to target easily without holding the bulk of the weight of the weapon because it is supported by the bipod. This has the specific benefit that the movements of the shooter (heartbeat, shivering in the cold, breathing etc.) are no longer moved so heavily to the weapon or that the shooter can remain quiet longer in the attack. A drawback of the bipod is that the weapon is thereby heavier and bulkier, which limits the handling flexibility. 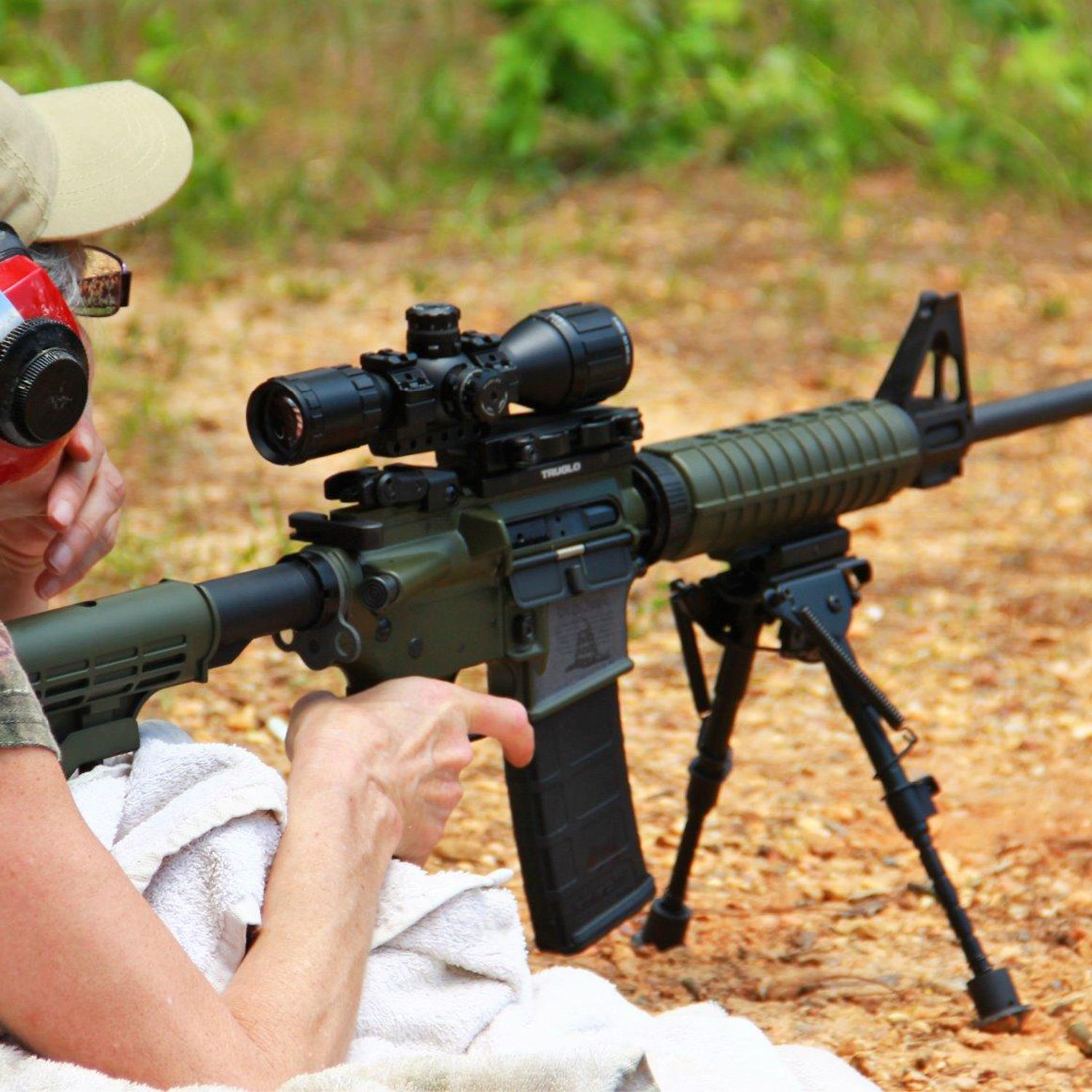 Bipods or two-legs are nothing more than fixed rifles. They are supposed to support the forend of the weapon and thus help to carry the weight of the weapon. The shooter can form a third fixed point by his stable attack of the butt plate in the shoulder. This makes it easy to create a stable three-point support without much effort. The shooter can thus stay fatigue-free over a long period, as would be the case with mere arm and muscle strength. After firing, a precise targeting is thus also fast and easy to ensure.

For this reason, the military and security authorities have been using bipods for some time. Even in hunting, bipods are becoming increasingly popular. Today, we want bipods with a simple construction, yet stable and reliable. For example, people nowadays favor bipods with support legs made of an aluminum alloy or carbon fiber. Connectors, such as the mounting device or the externally applied springs are made of heat-treated steel. The feet of the two support legs consist of wide, conically shaped hard rubber caps. Due to this nature, they are suitable for different hard surfaces. Bipods’ mounting to the weapon should be simple and practical. Through a jaw, the bipod can simply hook into the eyelet for the strap and fix by a locking screw. It can, therefore, be transported on a hunt in a backpack and can be installed at lightning speed if required. If the weapon should not have a strap eyelet on the forend, there are various adapters that allow attachment.

A bipod of another type is used by mountain rescuers as a support for a rope pulley to pull up a fallen man in a crevasse, or as a spread from a rock face, to get away from the wall when an injured man is being roped or roped up. The typically 3 m long legs are assembled from carbon fiber tube elements and designed for axial pressure absorption.

A bipod is typically imitated in two directions to secure it against tipping around the axis of the two breakpoints. A tripod, which may alternatively be constructed of the same elements, however, is stable even without bracing, as long as the resultant of the rope forces (and half of its own gravity).

The Use of Red Dot Sight for Fast and Accurate Shooting Bona fide sportsmen usually acknowledge the benefit of choosing high quality rifle scope. This is because they know that the rifle scope will determine the accuracy of their shot and this may make them hit their target or not.
Read more